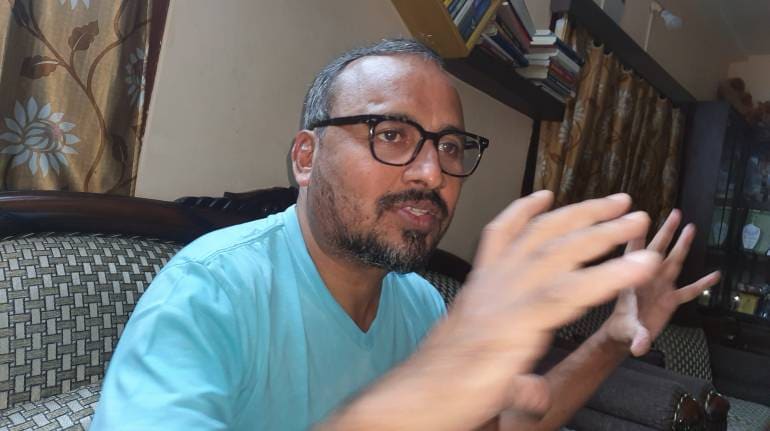 Building a business isn’t everyone’s cup of tea. It takes immense capital and years of effort to make an idea work. And to see all those hard-won gains collapsing like a pack of cards is heart-wrenching. Kishore Kumar Puli, 50, a microfinancier who lost everything in the microfinance crisis a decade ago, is one entrepreneur who had to go through that harrowing experience.

However, Puli, who started from humble beginnings, isn’t someone to give up easily. His firm, Trident Microfin Pvt. Ltd, one of the country’s big microfinance institutions (MFIs), was forced to shut down during the Andhra Pradesh microfinance debacle in 2010 that followed a draconian state law.

Trident was the only big MFI that shut down operations in the state. Puli is now making a comeback in a new avatar – through a non-banking financial company (NBFC) focusing on a Business Correspondent (BC) Model.

It’s a second innings for Puli.

Trident, Puli’s failed venture, began operations in 2007, with a capital of Rs 2 crore. The firm had a good run for three years—a mouthwatering annual growth rate of 300 per cent. In just three and half years, Trident’s loan book had grown from Rs 8 crore to Rs 180 crore. Soon, the institution grew into a well-known microlending organization in the south.

Crisil, in 2009, rated Trident as one of the best MFIs in the country. But, the microfinance crisis changed the whole story. With collections halting and bad loans mounting, the MFI’s operations ground to a halt within months.

The curtains finally fell on Puli’s dream in early 2014 after a close fight for survival for about three years. He had to stop all operations of Trident in the first half of 2014. A new law enforced by the Andhra Pradesh government imposed severe restrictions on its operations and caused a significant spike in bad loans.

The erstwhile Andhra Pradesh – before its bifurcation – promulgated a law to control the operations of MFIs following a series of suicide cases across the state on account of alleged coercive lending practices followed by certain MFIs.

The law stipulated strict rules for MFIs on collection and disbursals. It required MFIs to seek the state’s approval before lending to borrowers who already have an outstanding loan, besides banning them from lending to any household that already has two loans to service.

What followed was a catastrophe in the microlending sector. Adding to the problems, local politicians jumped into the fray exhorting people not to pay back  loans to microlenders.

Towards the end, Trident’s bad loans rose to as much as Rs 123 crore in Andhra Pradesh. No one was paying back the money since 2010. Puli ran from pillar to post to get his organization back on track; constantly engaging with lenders and trying to convince his borrowers across the state.

None of the 109 branches that once served 2,54,000 customers were operational towards the end. Puli’s attempts to renegotiate the terms with lenders eventually failed.

By then, the performing loan book was a mere Rs 27 crore – a pittance compared to what was at stake. The lenders dragged Trident to corporate debt restructuring (CDR), the then prevalent debt resolution mechanism, for a one-time settlement. Under the terms agreed upon, Trident was to pay 18 percent of the outstanding debt to lenders, or about Rs 27 crore. In other words, the banks wrote-off 82 percent of the loans. That was the end of Trident.

“I lost everything in that crisis,” said Puli speaking to Moneycontrol. “I had to let go of all employees, close all offices. None of us are not yet relieved of that shock,” he said.

Hundreds of smaller MFIs that operated across Andhra Pradesh — the epicenter of the 2010 crisis — also had to shut shop. But among the big MFI names, Trident was the only one that went down.

Over 35,000 jobs are estimated to have been lost in the meltdown. The crisis also led to a major realignment in the industry with the RBI stepping in to bring in tighter regulations to the sector.

A new category of microlenders, NBFC-MFIs, was carved out to enforce greater discipline, monitoring, and future calamities such as the one that happened in the southern state. After the collapse of Trident, Puli spent months introspecting on the whole event. “Those days were emotionally and financially tiring for me, and the family. I had to live on my salary savings to push through that phase,” he said.

However, while Puli was down, he was not beaten yet. After months of planning and consultation with lenders, he came up with the idea of embracing a new business model. Puli took over a small NBFC, Pradakshana, in 2016, with his leftover savings.

This buyout was mainly done aiming at a mix of BC operations and on lending operations. A BC is an agent of the bank who works for a service fee. Pradakshana gets 8-10 percent fee as a BC. The BC operates in areas where banks typically do not reach out for lack of branch presence and collects deposits and disburses loans. Pradakshana, however, is mainly into lending operations.

Puli found the idea attractive because it required less money to start all over again and involved less risk. He once again tapped his savings and borrowed money from friends to get the initial capital of Rs 3 crore. “The BC idea didn’t require much capital. The loans were on the books of the bank. The BC works only on a service fee basis, with a minor risk sharing model,” said Puli.

Pradakshana now works as a BC for a few small finance banks and plans to scale up operations to more lenders in the future.

Besides the BC operations, Pradakshana also does its own lending on a small scale for micro, small, and medium enterprises (MSMEs). It now has its own lending book of Rs 5 crore and a BC loan book of  Rs 25 crore.

Pradakshana’s investors and lenders include Bandhan Bank, Utkarsh Small Finance Bank, and Caspian, among others. It offers products including small scale business loans, micro enterprise loans, and personal loans. The average ticket size of the loans is Rs 30,000 for BC book and Rs 2 lakh for its own lending portfolio.

The road ahead is long and hard. Microlenders are highly vulnerable to economic shocks, such as the ongoing Covid-19 pandemic-induced economic downturn. Would Puli want to get back to the role of a pure play microlender in future? “Not really. I would like to retain the identity of Pradakshana as a BC in future as well. The main reason being this model carries less risk.”

Industry experts say the BC model could work well for old-generation microlenders. According to Jayanta Sinha, a former State Bank of India executive and a banking consultant, becoming a BC is a good model for old MFIs since credit risk and liquidity risk is not there in the BC model unlike when one operates as an MFI.

Post the crisis, banks were also very selective in funding MFIs on account of high risk perception. “Here, the BC acts as an agent for a bank who works on a commission basis. Since private banks and small finance banks do not have much presence in rural areas, the BC model can work for them. Hence it is a win-win situation for both,” Sinha said.

Covid-19 had hit microlenders hard in the initial days of the lockdown. Collections had slowed at one point, but the business is slowly coming back. The repayment rates or collection rates have returned to 80-85 percent in September, compared with 90-95 percent pre-Covid. The fear of  infections has come down in the rural population with better recovery rates and more information available on the pandemic, said Puli.

While there has been a loss of income in rural India due to the pandemic, Puli said a lot of rural borrowers have adjusted to the new normal by tweaking business strategies and cutting down liabilities. “I have seen many borrowers shifting from selling non-essential goods to the sale of essential items,” Puli said. “There have also been many cases where borrowers rushed to pre-close their loans to get rid of liabilities in uncertain times,” Puli added.

He now handles a loan book that is one-sixth the size of Trident. However, Puli wants to grow big. He is now once again busy on the ground with his team—scouting for new customers and new business opportunities.